“90% of people with access to the internet use social media.” (Hootsuite)

The birth of social media platforms has paved a new wave for online interaction and communication.

To marketers, the presence of social media has given a sharp rise to many new opportunities for growing business. Not only do they offer possibilities to communicate beyond temporal, spatial, and geographical boundaries, but they also allow you to share trendy content, videos, photos, or shop online.

Considering each social media platform possesses a unique audience and engaging approach, how to cater your content to magnetize the audience on these sites carries a lot of weight.

How much should you invest in these social networks? How to make sure your marketing strategies on these networks work well?

To help you make the most of these platforms, in this case study, we’ll showcase essential and interesting social media statistics in 2021.

The insight drawn from these figures will give you a better understanding of your target market and audience, as well as shaping an “all-kill” social media strategy.

According to Datareportal, as of 2021, the number of social media users around the world has reached over 4.33 billion. This figure equates to more than 55% of the total global population.

The reason may vary. However, we can’t deny the outbreak of the COVID-19 pandemic has contributed to this result. Kepios analysis reported that over 521 million more users are joining social media worldwide today, compared to this time last year. This represents annualized growth of 13.7%.

Just doing simple math, we can see the number of social media users has increased by 1.4 million+ each day over the past 12 months. This equals 16.5 new users every single second.

2.  What is the Average Time People Spend on Social Media?

What’s more, as to Datareportal, a typical active user usually checks out 7 social platforms each month.

Counted together, we can figure out the total amount of time the whole world spends on social media in 2021, which will definitely blow your mind.

That is 3.7 trillion hours, equivalent to more than 420 million years of human existence. 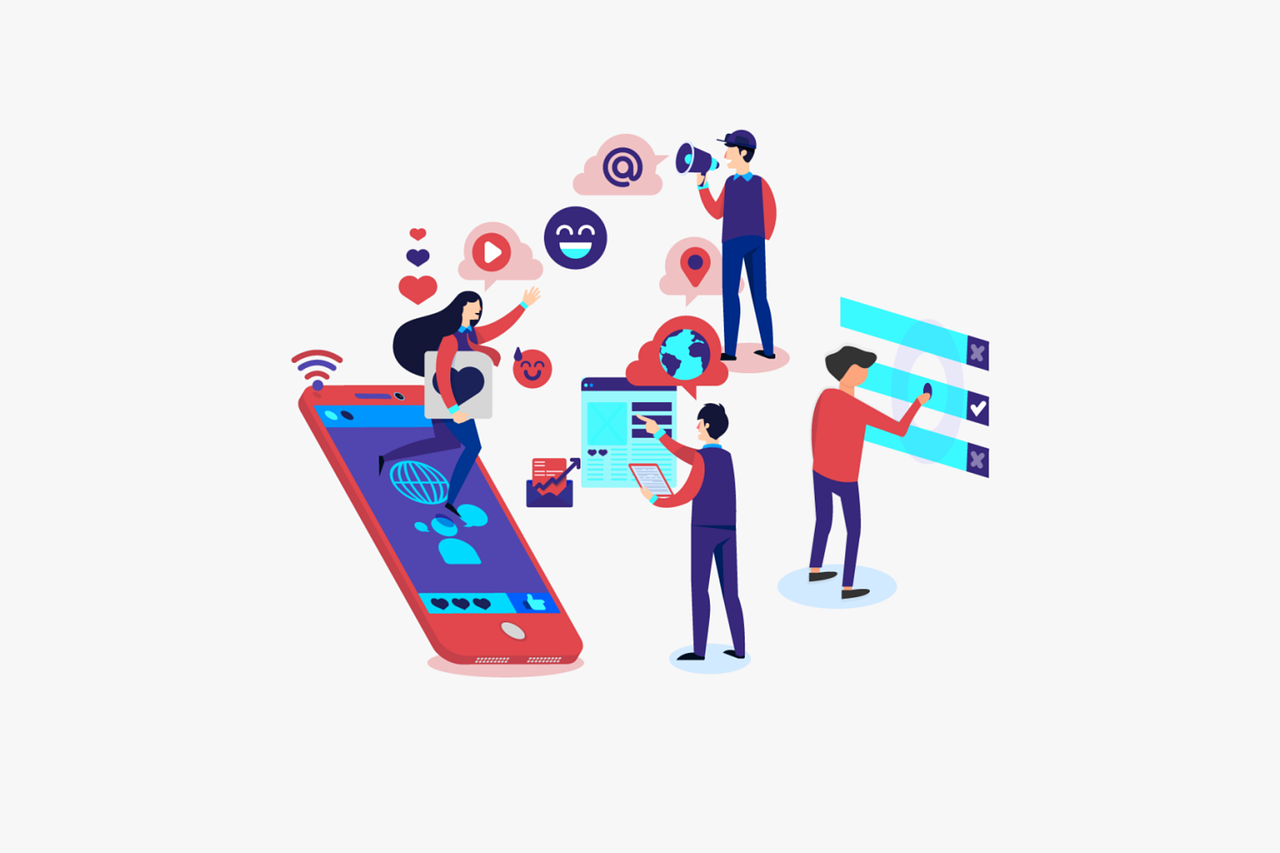 In particular, the Philippines is still holding “the world’s biggest social media consumer” title, where people average 4h15 per day on social media.

On the contrary, the Japanese use social platforms the least, with 51 minutes a day.

3. Which Countries Owned the Most Social Media Users in 2020?

On top of that:

At this point, it doesn’t leave you open-mouthed that social media marketing is crucial for your business. The thing is that you must build an excellent online presence and stay interacting with users via comments, inboxes, and mentions on multiple platforms.

6. How Many People Use Social Networks for Business?

Hootsuite’s social media statistics reveal that 40.4% of all internet users on this planet utilize social media for business purposes.

While only 27% of American adults actively use social media for professions, the corresponding number has achieved the highest in Indonesia at 65%, or the lowest at 13% in Israel.

In details, the number of users utilizing social media accounts for work per country is:

Each platform has an ideal time to post based on consumer usage. Following are the best time to post for each social network:

According to Hootsuite and We Are Social, 65% of people aged 13+ around the globe have a social media account. To dig deep into their usage, we’ll present social media statistics by generation, gender, regions, and on mobile devices.

A survey conducted by Pew Research Center has revealed interesting figures on social media usage statistics by generation in the US.

Regarding the use of social media by gender globally, men hold 54% while women acquire the rest - 46%. However, this number seems different in the States. Among all female internet users, 78% of them have social network accounts, compared with 66% of all men.

Below are social media statistics by gender in specific regions:

The world’s largest continent - Asia - is home to the three areas that get the highest number of social media users.

Eastern Asia comes first in the list where houses over 1 billion social media users. This social media statistic doesn’t knock your sock off, since this region consists of the world’s most populous country - China.

The region with the second-highest number of social media users is Southeast Asia, with 482.73 million users. Following closely behind is Southern Asia with 470.01 million.

Rounding out the top five are Northern America and South America with 329.25 and 274.22 million users respectively.

The regions having the least number of social site users are Central Africa with 12.38 million users and Central Asia with 13.93 million users.

98.8% of all social media users access social channels via a mobile device. Also, around 80% of the total time spent on social networks is on mobiles. In particular, people spend an average of 4 hours and 10 minutes on those devices every day.

However, though running Ads proves useful in raising businesses’ voice and reputation online, they can ruin the browsing experience of users.

Social Media Statistics on Each Platform

Each social network is truly a huge gold mine for marketers. To help you make the most of these gold mines, we have put together a detailed list of social media statistics based on each platform.

Facebook has been shaping the social media landscape since its launch in 2004.

And to marketers, this is definitely their #1 social media marketing channel.

Here are some amazing social media statistics to let you know the right potential of Instagram:

As for Alexa, YouTube is the second-largest search engine in the world. The question is how this wizard has been and will affect the marketing world in 2021 and beyond

Let’s find out with the social media statistics compiled below:

Keep reading these social media statistics to get a better hang of this platform.

Looking for a platform catering to your ideas and inspiration? No other platform can do it better than Pinterest. If you haven’t thought of including Pinterest in your social marketing strategy, these provided Pinterest statistics will change your minds.

Released in 2016, out of the blue, TikTok took the social media world by storm. Though TikTok comes as a newbie, it isn’t inferior in terms of popularity and user endorsement.

Boasting quirky and hilarious content, this social media platform quickly sparks people’s interests and wins their hearts only after a few videos.

The social media statistics below will prove TikTok’s buzz-generating power.

We have shown you the latest and most important social media statistics in 2021.

Keeping those social media statistics in mind will help you make the best out of your resources. This includes segmenting and catching your audience, as well as enhancing your marketing strategy on social media.

On top of that, you can discover the potential business opportunities among social media platforms here.

About now, how are you planning to use those social media statistics to your advantage in 2021? Share with us in the comment section below!